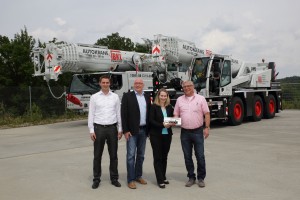 The cranes feature load capacities ranging from 45-200t, while the LTM 100-5.2 has the VarioBase support system, designed to enable safe crane operations with any support base.

The Ingolstadt site is BKL Baukran’s fourth German operation and gives the company a presence in the centre of Bavaria.